My first blog, straight from the heart 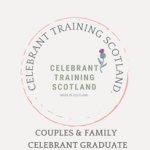 © 2022 Straight From The Heart.
Website design, hosting and management by PCL Group